Learning the virtues of discomfort 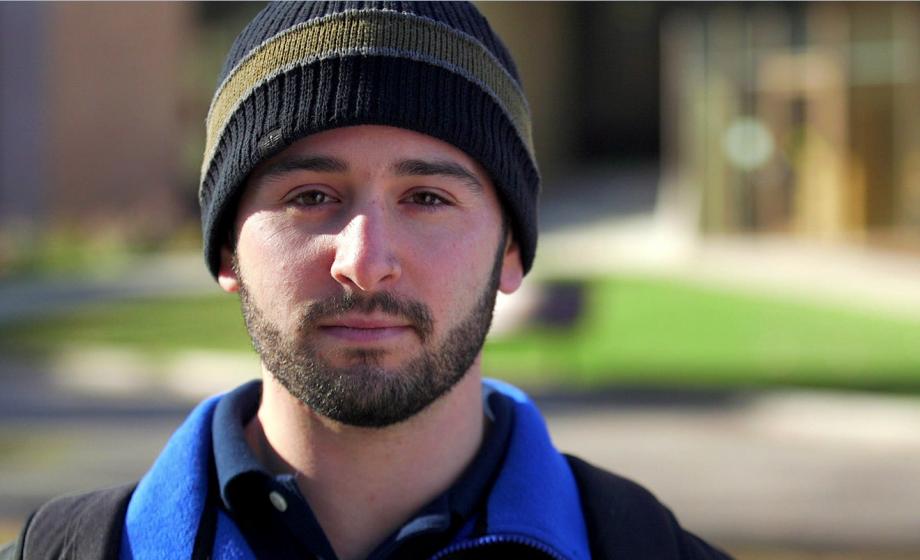 He liked it, but didn’t love it, when he first visited as a high school student. But as he saw the opportunities unfolding — the offer of a Traina Scholarship, the chance to do meaningful research in biology, a shot at playing on the varsity tennis team — Simonson grew convinced that Clark University was the place for him.

Indeed it was. The Waterford, Conn., native conducted research in two separate labs while earning his biology degree; he enjoyed a close working relationship with his professors, and he not only competed for four years on the tennis team but now serves as assistant coach. Last summer, Simonson, a fifth-year student in environmental science and policy, secured an internship through the Mosakowski Institute for Public Enterprise in which he partnered with the Worcester Division of Public Health to try and expand access to healthy food in low-income neighborhoods across the city.

Simonson met with the owners of corner stores and proprietors of farmers’ markets, and surveyed city residents to determine the kind of food options that were needed in local diets. Through the Regional Environmental Council of Central Massachusetts he worked as a liaison between local farmers and store owners to facilitate the delivery of fresh fruits and vegetables to so-called “food deserts,” where healthy choices are few. By the end of the summer two stores in the city’s Vernon Hill section had joined the program.

“I think a lot of college students around here think they know the area because they go to restaurants, but they don’t understand the deeper problems,” Simonson says. “I had exposure to people of different backgrounds; I talked to residents and was taken outside of my comfort zone. After four years in Worcester I finally got an understanding of the community problems and I was able to talk to residents to get their suggestions about how to approach them.”

His master’s thesis will propose the creation of a student collaborative from Worcester’s colleges and universities to work with the DPH on writing grants and creating an interactive GIS map showing where people can purchase healthy food. The internship and coursework have inspired Simonson to investigate a career in community outreach or public health, possibly in the Boston or Washington, D.C. areas.

Even after he earns his master’s this spring, a strong Simonson presence will continue to be felt on campus. Joel’s younger twin siblings, Eli and Leah, are Clark juniors.

“I’ve loved it,” Simonson says of his experience. “From the beginning Clark challenged me intellectually, socially, politically. This was a different atmosphere than my hometown; I knew I would be happy here for many reasons.”