Student research smokes out facts on tobacco use 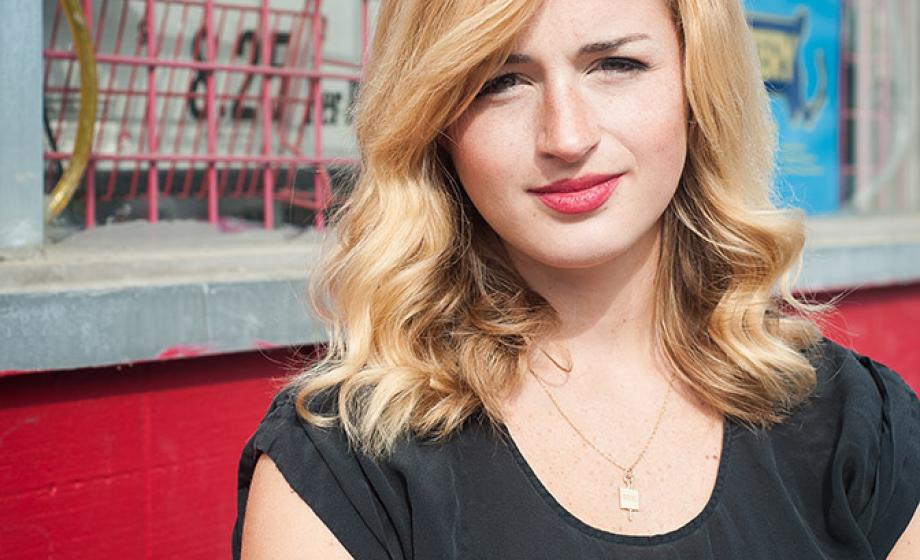 The American Cancer Society launched the Great American Smokeout in 1977 as a way to encourage millions of Americans to put down their cigarettes, cigars and pipes for 24 hours in recognition of the dangers of their habit. Held on the third Thursday of each November, the event promotes the singular message: Quit. Now.

Samantha Arsenault ’15 has never needed prompting to spread that same message. She grew up lecturing her father and grandmother, both of them smokers, about the dangers of cigarettes. It’s a topic that so galvanized her she wrote her college essay about tobacco use. At Clark, she has continued the crusade. Last year for her honors thesis, Arsenault conducted research that looked at demographic and socioeconomic factors of tobacco use among Worcester youth, ages 13–19, using data compiled by the city’s Division of Public Health, where she has worked since last summer. She also included a variable for risk-seeking behaviors, and included a comparison of the city to national data on youth tobacco use. She found that Worcester parallels national trends, with only minor variations, and that certain high-risk groups should be targeted for tobacco-prevention efforts. Her conclusions:

“You can’t just tell young people that smoking is bad because that’s not going to change what they’re doing,” Arsenault says. “It’s important to get at why they are risk-seeking and how we can address that behavior.” This type of intervention, she notes, may do more than decrease tobacco use: It could also be applied to other risky behaviors like drug use or even the non-use of a seatbelt. Arsenault says her thesis advisor, professor of economics John Brown, “pushes students farther” than they expect to nail down their research. “We’ll come to him totally satisfied with our project and he’ll say, ‘Now learn how to run this other model,'” she says.

She also received encouragement and assistance from Ph.D. students in the economics lab, who were happy to answer questions and offer their expertise. Arsenault, who is pursuing her master’s at Clark in community development and planning, is working at the Mosakowski Institute for Public Enterprise alongside director Jim Gomes and John O’Brien, the Jane and William Mosakowski Distinguished Professor of Higher Education, to help coordinate the Academic Health Department.

The partnership between the University and the Worcester Division of Public Health seeks to improve health outcomes among the city’s most vulnerable populations. “This has allowed me to continue to work closely with the DPH and foster growing partnerships with UMass Memorial and Worcester State,” she says. Arsenault placed two Clark students at the DPH for academic internships last academic year and helped coordinate the summer internship program. Not surprisingly, Arsenault is planning a career in public health, and is now conducting research that examines the effects of childhood trauma on criminal activity, gang involvement, and violence in Worcester. She also remains vigilant about tobacco and its offshoot, e-cigarettes, which are touted as a healthier alternative, but which, Arsenault notes, are unregulated, loaded with nicotine, and marketed to children — an emerging threat to community wellness.