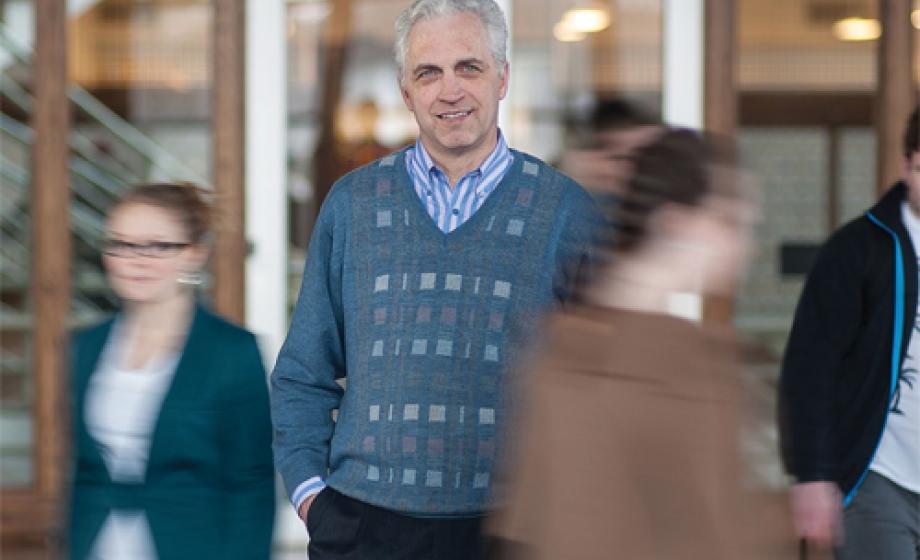 Traditional and new media alike love to opine about Millennials, and in many cases a generational divide, whether real or manufactured, rears its head.

Recently, the Los Angeles Times‘ Chris Erskine, who writes the aptly named “Middle Ages” column, ignited the Twitterverse with his provocative piece, “Millennials, you literally cannot call yourselves adults until you take this pledge.” The alternative LA Weekly countered with “L.A. Times columnist Chris Erskine shows us why people under 50 don’t read newspapers.” Even an AARP blog weighed in.

Erskine’s tongue-in-cheek, albeit dismissive, critique also prompted Wisconsin Public Radio (WPR) to turn to Clark University Psychology Research Professor Jeffrey Jensen Arnett, a nationally recognized expert on the 18-to-29-year-old set. Arnett, who originated the theory of emerging adulthood, has covered the subject in numerous articles and books, including Emerging Adulthood: The Winding Road from the Late Teens Through the Twenties. In addition, he has uncovered insights into this developmental life stage by directing and analyzing findings from the Clark University Poll.

During her news call-in show, WPR’s Joy Cardin sought to raise the level of discourse and explore the seemingly open-ended question, “What is an adult?” Inevitably, however, the conversation looped back to Millennials. Arnett, in turn, drew upon his more than two decades of research to provide a counterbalance to the media-driven trope of freeloading Millennials living off their parents.

“People call them lazy, and I just laugh,” Arnett told Cardin. “I mean, look around you: People who are working these low-level service jobs in the Starbucks or the retail store or waiting your tables, they’re almost all emerging adults, and they’re often … going to school as well as working, and so it’s really not fair to call them, as a generation, lazy. They’re anything but.”

Rising college costs, student loan debt and urban living expenses all contribute to Millennials’ financial strains, he said. They must work while going to school and, because of economic realities, may need to live at home or rely on parents financially. When Mom and Dad support their 20-something children, they are continuing a long tradition of familial interdependence, something Arnett views as healthy.

In 2000, Arnett coined the term “emerging adult” to describe those in between the teenage years and what he calls “established adulthood”: They are more mature than teens but still developing financially, romantically and spiritually.

He reminded WPR’s listeners that it was Baby Boomers, not the much-maligned Millennials, who first started delaying marriage and parenthood. At the same time, a shift from a manufacturing to a knowledge economy has required emerging adults to pursue more training and education. “That was when people first started to question … whether it was such a hot idea to become an adult right away at 17, 18, 19 years old,” he explained, “and [to realize] that there are some good things about youthful freedom and exuberance.”

Finally, he offered this advice for parents of emerging adults: “Be patient, and don’t have expectations for their progress to adulthood that really were most suitable for your generation. … Don’t feel guilty or embarrassed about supporting them emotionally and financially if they need it and if they really are striving toward adulthood.”