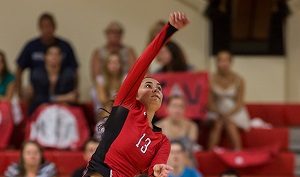 Clark University sophomore Marina Ramos has been selected to appear as one of Sports Illustrated’s “Faces In The Crowd.” Ramos, who will be featured in the magazine’s Oct. 5 edition, is the eighth Clark student-athlete — and the third in the past five years — to be profiled in the popular section of the world’s most recognizable weekly sports magazine. 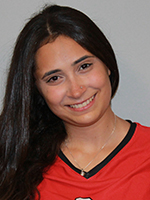 Ramos is being honored for her play during a season that has the Cougars off to a 12-1 start. She has been named New England Women’s And Men’s Athletic Conference (NEWMAC) volleyball player of the week twice this season, and is the reigning league rookie of the year.

The Oct. 5 issue of Sports Illustrated is on sale now and features legendary sports figure Muhammad Ali on the cover. Ali has graced the magazine’s cover 39 times; only Michael Jordan has more cover appearances — fifty.

Sports Illustrated is the leading sports magazine in the world has more than three million subscribers and 23 million readers every week.