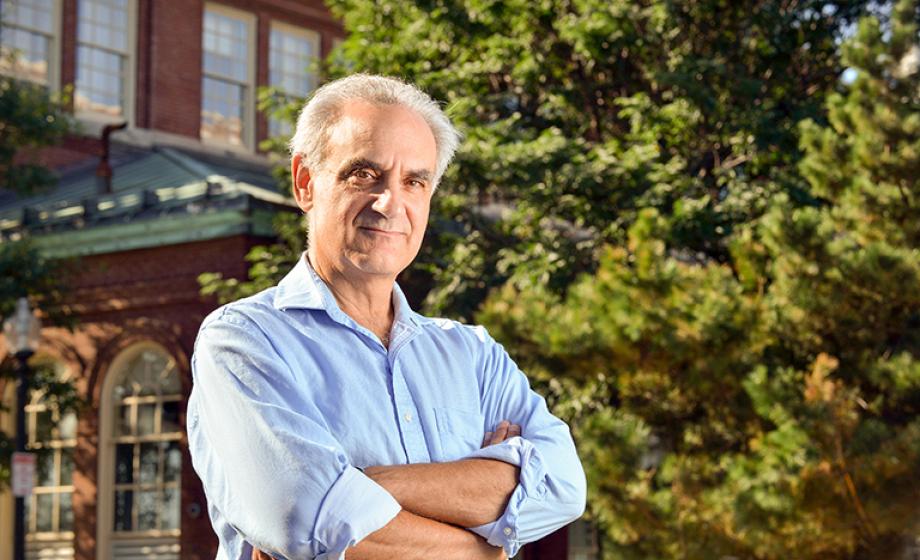 Clark alumnus Gary Cohen is the recipient of one of 24 MacArthur Fellowships — commonly known as “genius grants” — from the John D. and Catherine T. MacArthur Foundation. Fellows each receive a no-strings-attached $625,000 grant for their cutting-edge work that is transforming their fields.

Cohen, a 1978 graduate of Clark, is a social entrepreneur and activist spurring environmental responsibility in health care both in the United States and abroad. In 1996, he co-founded Health Care Without Harm (HCWH), initially a grass-roots cooperative, to bring attention to the fact that American hospitals had been major contributors to environmental pollution and had been largely ignoring the damage to local communities and environments caused by extensive use of harmful chemicals in medical devices, toxic cleaning agents, reliance on fossil fuels, and disposal of waste via incineration.

“Clark is where I learned about social activism and met John O’Connor, who was a close friend and the person who introduced me to the environmental health and justice movement,” Cohen says. The two co-authored a book, “Fighting Toxins,” in 1990. O’Connor, a former Clark trustee who was also a member of the class of 1978, passed away in 2001 at the age of 46.

Cohen also cites the influence of Robert Ross, research professor in sociology, and philosophy professors Al Anderson and Walter Wright. While at Clark, Cohen helped run The Scarlet alongside Peter Diamond ’78, with whom he works at Health Care Without Harm.

HCWH’s campaign against the use of mercury, a highly toxic neurotoxin once ubiquitous in thermometers and other medical devices, led to its virtual elimination in the United States and ultimately a global treaty phasing out its use by 2020. HCWH is also credited with playing a leading role in reducing the number of carcinogenic-emitting waste incinerators in the United States from 5,600 in the late 1990s to fewer than 70 in 2006. Since its founding, HCWH has grown to comprise thousands of hospitals and healthcare partners in more than 50 countries.

In proposing practical, economically viable solutions, Cohen has achieved remarkable success in galvanizing a sense of social responsibility among hospitals and health care conglomerates and spearheading voluntary (rather than through legal or judicial mandates) adoption of safer practices. Currently president of HCWH, he has also founded or co-founded other organizations, including the Healthier Hospitals Initiative, a data-driven platform that guides hospitals in purchasing safer chemicals and healthy food and implementing energy efficient technologies, and Practice Greenhealth, a U.S.-based membership organization for hospital systems to share best practices, information, and tools for environmentally responsible patient safety and care.

Prior to co-founding HCWH, he served as executive director of the National Toxics Campaign Fund (1989–1993) and co-founded the Military Toxics Project (1991–1994).

In an interview with The Washington Post, Cohen said he was stunned to receive the call about the MacArthur award.

“I just thought it was such an honor and validation not only for my work,” he said, “but the work of the organization and the people who built the social movement inside of health care that has now taken root.”