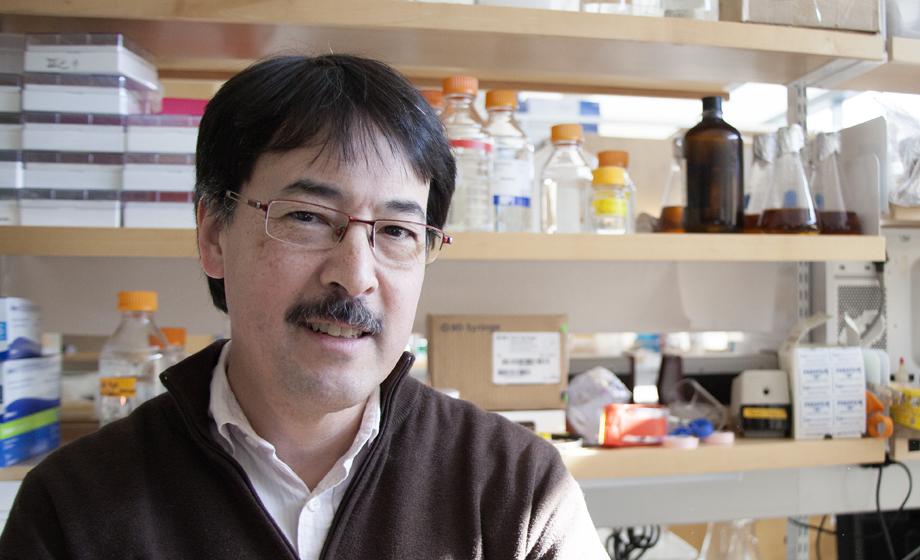 Whether bees or bacteria, hyenas or humans, all known life forms have a place in the first draft of the Open Tree of Life, published online last week in the Proceedings of the National Academy of Sciences. Molds and mushrooms haven’t been left out either, thanks in part to the work of Clark professor and fungal evolutionary biologist David Hibbett, who has recently received additional funding to further his research on fungi.

The Tree (think family tree) is an ambitious work-in-progress that draws on the expertise of biologists like Hibbett around the globe to chart the evolutionary relationships between all known living things—a mere 2.3 million named species descended from a single life form that lived approximately 4 billion years ago. A September 21 HuffPost Science article described the Tree as “a massive and open-access digital depository where anyone can download, view and edit the tree—a kind of ‘Wikipedia’ for evolutionary trees.” The Open Tree of Life pieces together many smaller evolutionary trees, including some for fungi developed by Hibbett and his collaborators on the NSF-supported project: Assembling the Fungal Tree of Life (AFTOL). Hibbett explains that AFTOL is one of thousands of individual studies, each focused on different groups of organisms. “My lab’s role in Open Tree of Life,” Hibbett explains, “was to collect evolutionary trees of fungi for use in constructing the comprehensive, global tree.” In a recent blog post he describes the fungal branch as integrated into the Open Tree of Life. Hibbet has recently been awarded two grants totaling more than $600,000 from the National Science Foundation that will provide him with new research opportunities to advance the fungal tree of life.

The first project, titled “Functional and evolutionary bases of substrate-specificity in wood-decaying basidiomycetes,” will try to understand why certain mushrooms (like the Laetiporus sulphureus mushroom, left) only grow on a single substrate (in this case, oak trees), while others flourish on a variety of tree hosts. “We’ve known for ages that some fungi are associated with certain host species, but we don’t know why,” explains Hibbett. “We’ll be growing different wood-decaying fungi on different tree species and looking at how gene expression in the fungi varies.” Sharing the investigation with Hibbett are co-principal investigators Emma Master (University of Toronto) and Betsy Loring, director of exhibits at the EcoTarium in Worcester, Mass. Clark’s portion of the grant is $275,078 over three years.

The second project, “Evolution of fruiting body forms in the mushroom-forming Fungi (Agaricomycetes): a comparative phylogenetic and developmental approach,” is undertaken with colleagues at the University of California-Berkeley, the University of Minnesota and the University of Toronto. Using DNA sequencing, the team will investigate the genetic mechanisms that allow a mushroom species like Lentinus tigrinus (see image, left) to assume very different-looking forms according to the environment it grows in. The Clark portion of this grant, again over three years, is $339,384.

In addition to providing scientific training for participating graduate and undergraduate students, both grants support outreach and education related to fungi. Public programs and interactive exhibits illustrating fungal diversity, as well as the role of fungi in the decay process and the carbon cycle, will be created at the EcoTarium, a science and nature museum serving over 140,000 visitors annually.

Clark undergraduates interested in art as well as biology will take classes like studio art professor Valerie Claff’s drawing course: “Exploring the Natural World” that help them develop observational skills and raise their awareness about fungal biodiversity. Students will create educational posters appropriate for high school students that illustrate fungal biology and general evolutionary principles. The posters and associated lesson plans will be made available for free download on a project website and will be distributed through workshops at professional conferences for science educators.

David Hibbett uses comparative analyses of genes and genomes to infer the evolutionary relationships of fungi, concentrating on the mushroom-forming fungi. He is particularly interested in using phylogenetic approaches to understand the evolution of fungal morphology and ecological strategies. His other interests include biological classification, species recognition and phyloinformatics. Follow his blog.