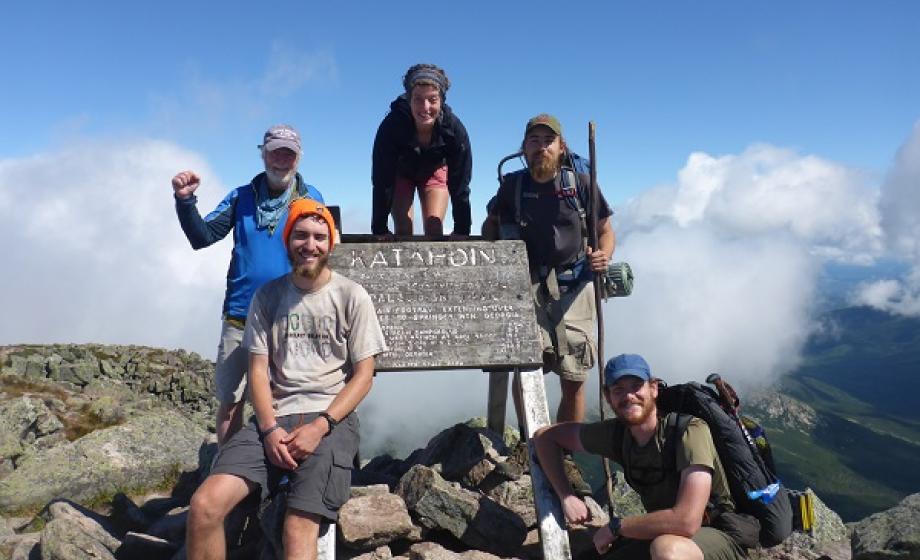 The world-famous Appalachian Trail is getting a lot of attention lately, from the release of the film “A Walk in the Woods,” based on author Bill Bryson’s 800-mile trek and starring Robert Redford and Nick Nolte, to a not-so-flattering Associated Press article about how some hikers are treating the trail.

Clark University senior Ted Randich — who last month finished his own five-month-long “thru-hike,” or hike the length of the nearly 2,200-mile trail — has a personal take on the space and the exposure it’s receiving. “I’m glad that [Bryson’s] book brought awareness to an amazing resource we have here, but now with the movie, it’s almost kind of scary,” Randich said. “People are talking doomsday stuff, like ‘good thing I’m thru-hiking this year because next year is going be nuts.’”

About three million people hike some portion of the trail each year, but only a fraction of those attempt a thru-hike from Springer Mountain in Georgia to Mount Katahdin in Maine. The Appalachian Trail Conservancy expects the film to spur more interest. On a webpage dedicated to the organization’s role with the film’s production, the group estimates northbound thru-hikers rose by 60 percent in the two years following the book’s 1998 release, and a roughly 10 percent increase each year since 2010. The conservancy says it has taken “proactive measures,” like partnering with programs such as Leave No Trace and Trail Karma, as well as providing education, guidance and a voluntary registration system, to help manage current and expected use.

Randich said he read Bryson’s book and respects him for bringing attention to the trail. However, he also said he thought “something is going to have to give to make the AT sustainable if you have 5,000 people giving it a try each year,” adding that most of the hikers he knows respect the trail. Randich, a Geography major who blogged about the hike as part of his LEEP project examining and holding dialogue discussions about the perception of space on the trail, started his trek March 14 and finished August 13. He focused his hike on understanding how the trail is both a “natural and cultural space,” a shift from his earlier theme, after seeing a plaque at the top of Springer Mountain with a quote about fellowship. He wrote this on Day 8 of his hike:

“You may have noticed that the title of the blog has been changed to ‘Fellowship with the Wilderness.’ I decided to make this change after pondering the plaque at the top of Springer Mountain, which reads ‘A trail from Georgia to Maine for those who seek fellowship with the wilderness.’ I found it interesting that the word ‘fellowship,’ which is usually associated with human-to-human relationships, was used to describe a human-to-nature relationship. The sentence, in fact, treats ‘the wilderness’ as a person. Now, the foundation of my hike is an exploration of natural and cultural space, with the idea that the Appalachian Trail occupies both. ‘Fellowship with the Wilderness,’ in my judgment, is an apt description of my ultimate goal: to understand the dualistic form of this space.”

He’s still interested in exploring the idea of space on the trail, but says he wants now to understand the hike in terms of familiar versus unfamiliar space. He expects to present observations about his trek, a few of which will no doubt mention some of the folks he met along the way, in a series of dialogue sessions set to begin later this month. You can also read more about Randich in the next issue of CLARK Magazine, which will be published at the end of October.