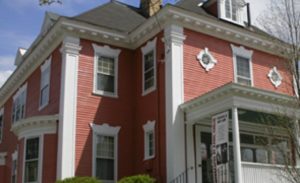 Clark University’s Strassler Center for Holocaust and Genocide Studies has acquired the Holocaust Numismatic Collection of Robert Messing ’59, of Woodstock, New York, and is making it available to students and faculty for research and classroom use beginning next month.

During the Holocaust, money issued in concentration camps and ghettos was part of a complex economic system that served to strip the Jewish community of its resources and further the Nazi regime’s genocidal aims. The Messing collection consists of coins and notes issued for use in Holocaust labor camps and ghettos (including Buchenwald, Lodz, Mitelbau, Terezín and Westerbork), related journals and articles, and a paper detailing how the money was created and used.

Messing, an amateur numismatist who has written widely about Jewish monetary items, graduated from Clark with a bachelor of arts in philosophy and spent 50 years in the computer automation industry. He first became interested in archeology and ancient numismatics after his first trip to Israel in 1959. He later participated in numerous archeological digs in Israel where he uncovered ancient coins, mosaics and Roman glass, and has identified and cleaned artifacts from the Temple Mount in Jerusalem.

He is a founding member of the American Israel Numismatic Association. “My donation to Clark’s Strassler Center will ensure that when there are no more Holocaust survivors left to tell their story, these bills and coins will serve as a visceral reminder to academics, scholars and all who see and touch them of a terrible history that must never be repeated,” wrote Messing.

This summer, Marisa Natale ’17, a history major who concentrates in Holocaust and genocide studies, received funding from The Arthur and Rochelle Belfer Fund for Scholars of Holocaust Studies and guidance from Clark’s LEEP Center to catalogue the money and to consider how Messing’s donation could benefit Clark students in other scholarly disciplines including history, economics, and art history.

“The feeling of holding these artifacts was indescribable,” wrote Natale, “they are significant not only because of their age and historical context, but because money is an element of common experience that connects the lives of everyday people throughout history, including those who were victimized by the Holocaust.” “The consequences of this research have the potential to be far-reaching — both in expanding our understanding of the Holocaust and our understanding of economic violence in other genocides.”