Forbes: Clark University is No. 16 on list of most entrepreneurial research universities 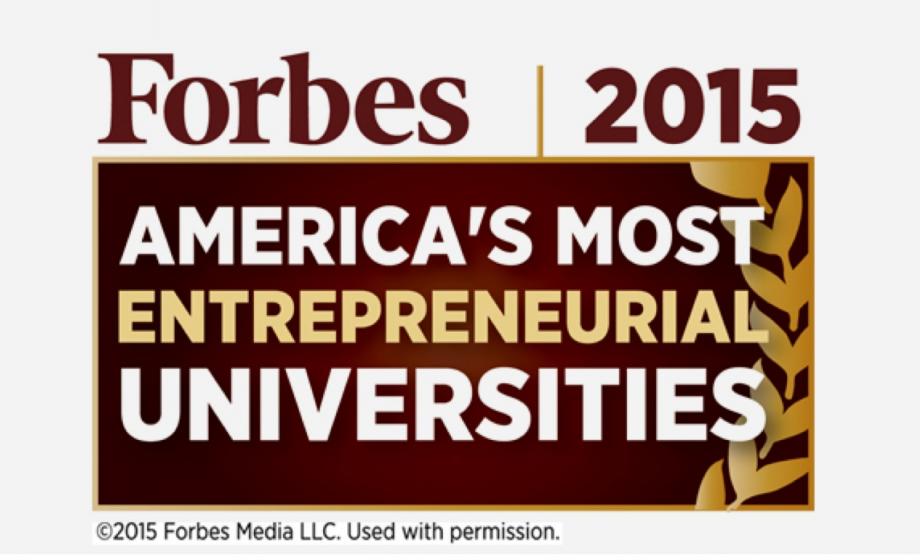 For the second year in a row, Forbes has named Clark University as one the country’s top 20 most entrepreneurial schools, appearing at No. 16 on its list of “Most Entrepreneurial Universities.” The rankings appear in the August 17 print issue of Forbes. The list is based on the research universities’ entrepreneurial ratios — the number of alumni and students who have identified themselves as founders and business owners on LinkedIn against the school’s total student body (undergraduate and graduate combined). At No. 16, Clark University placed just after New York University and before Harvard and Boston University. Stanford occupies the top spot.

Clark’s entry on this list of research universities cites the example of Rebecca Liebman ’15, a co-creator of LearnLux, a leading interactive website that teaches financial literacy. “I initially came to Clark because I saw the opportunity to take initiative and saw that students really make things happen,” Liebman says. “Clark brings passionate, intelligent people together to make a collaborative community.”

View career profiles of more than 23,000 members of the Clark community, including 1,578 entrepreneurs, on the Clark LinkedIn page.

Hugh Panero ’78, who led the launch of XM Satellite Radio in 2001 and was its first CEO, recently told CLARK magazine, “Clark’s culture has always been one of entrepreneurship. If you have a good idea and the risk tolerance to go out and try it, your effort should be reflected in the civic things that get done and in the business things that get done. I find that very cool.” Panero added, “Look at the impressive people who have come out of [Clark] and what they’ve done. I think it comes from a heritage of social entrepreneurship that leads to business entrepreneurship. Clarkies feel they can do a lot of things, but they also have the humanity to take into account the community they live in and the people around them.” Notable Clark entrepreneurs include Matthew Goldman ’83, M.B.A. ’84, founder of Blue Man Group, and Ron Shaich ’76, founder and CEO of Panera Bread. Related links: