To the Clark Community:

With deep sadness, we share news of the death on Sunday of our friend and esteemed alumnus D’Army Bailey. 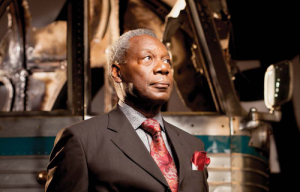 “Judge D’Army Bailey was a great Memphis and American icon,” Ronald Walter, Clark alumnus (’71) and member of the University Board of Trustees, recalled. “Fearlessly, he faced difficult issues with courage and conviction. In Memphis, he led the way in the preservation and founding of the National Civil Rights Museum, the old Lorraine Motel where Dr. Martin Luther King was assassinated. He was a patron of the fine arts, a man who produced and appreciated learned literature, and one of unreserved action to worthy causes, especially in his crusade against injustices against the poor, powerless and disenfranchised. He was a true Clarkie: Liberal, educated, caring, concerned, responsible and a cynosure of important movements of our time.”

Bailey recounted his personal journey in the book “The Education of a Black Radical.” In a 2010 Clark alumni magazine feature, A Radical Life, Bailey spoke about his life and accomplishments — which included founding the National Civil Rights Museum.

We offer our heartfelt condolences to his family and friends.