Some days, you just trust your gut 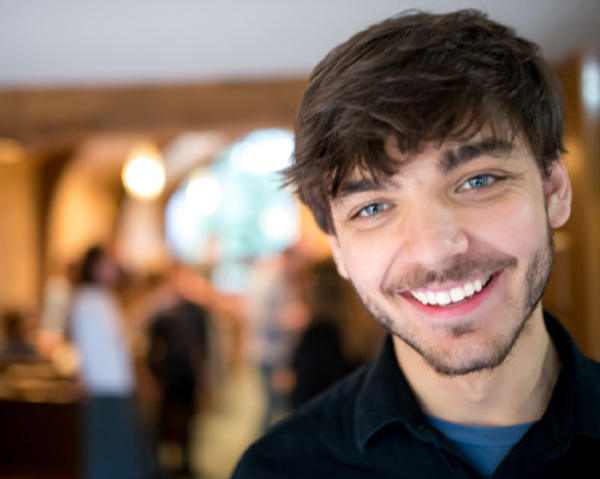 WHEN THE FIRST PUNCH FLEW, I knew I had lost control of the situation. I had seen two men arguing near the back of the line, but the conflict wasn’t my problem as far as I was concerned. Even had it been my problem, how was I supposed to prevent two full-grown men from bickering? When I added the futility of interference to the fact that I didn’t know either man, mental math yielded I should keep my nose to the grindstone and just try to get through this stop on my route. After all, I had signed on to feed hungry children, not save the world one adult relationship at a time.

My tidy mental math dissolved quickly, though, once the actual fighting began. With no plan for resolving this bizarre situation, I dropped the cheap paper tray of cheap paper food on the ground, ran past the line, threw my arms around the closer combatant and pulled us both to the ground. Perhaps the sheer shock of seeing a uniformed AmeriCorps member take such an ungraceful dive served as a wake-up call because both men suddenly decided they had more important things to do — they were gone by the time I caught my breath and stood up. I gingerly walked back to my abandoned post and resumed serving lunch to the stunned children as if nothing out of the ordinary had just transpired. When the last child had been fed and I returned to my government-issue van, a cheerful text from my mother was waiting: “Hope first day on the job is fun :).”

The job in question was an AmeriCorps opportunity focused on feeding hungry children who depend on the free-lunch program during the school year but are left wanting in the summer months. The position brought me to Coos Bay, Oregon, a region where food insecurity runs rampant, and, coincidentally, about as far as I could get in the continental U.S. from Massachusetts, where I had just graduated from college. My degree was in Hebrew Bible but my burgeoning interest in social justice prompted me to spend the summer determining whether I could hack it in the trenches of the needy, rather than pursuing a life in academia. I was floundering a mere three hours into my first day, but reasoned that I had surely seen the worst.

This confidence faded on my second day. While serving food to children at a local playground, a neighborhood dog was brutally struck by a car and killed in front of us (solution: lure kids from the carcass with extra desserts). On my third day I met a family of children with no shoes who expected me to have some (solution: drive to the nearest homeless shelter and grab four pairs). On my fifth day a tire on my van went flat (solution: emphasize to the AAA responder the charitable nature of your work and they might patch the tire for free). On my tenth day one of the magnetic “Coos Bay School District” signs I stuck to the side of the van every day blew away while I was driving (uninspiring solution: get by with one lonely sign). I handled some situations very well, like eventually coaxing a Rabin-Arafat-esque handshake from the previously pugnacious parents, and others less thoroughly (if you’re driving on the 101 and see a “Coos Bay School District” sign flapping in the wind, please let me know), but I handled all of them.

Going into AmeriCorps, I thought I knew what to do when adversity struck: flip through the rolodex in my head, find the listing under “break up a fight” or “turn off the cafeteria alarm system without the code” (day 17), and merely execute the steps listed. Unfortunately, a corollary to Murphy’s Law is Rushing’s Law, which I discovered last summer: no mental rolodex is vast enough to contain all of the weird problems one can encounter. Sometimes the beauty of solving a problem isn’t about knowing the answer up front, but rather trusting one’s gut to venture into the untried. It may not always be neat, but what I’ve learned so far is that the journey can be even more rewarding than the destination.

By the time my boss approached me at the end of my second week with the news that I had been volunteered to help the local homeless shelter write a grant for a new building in my free time, I didn’t respond with “What free time?” or “I have no idea how to write a grant.” I said what I always try to say now when asked to do something new and intimidating. “Great, I’ll give it my best shot.”

Joshua Luke Rushing is a master’s candidate at the University of Chicago
Divinity School.