‘I’m not talking to athletes; I’m talking to people who play sports.’
By Jeremy Shulkin ’07, MAT ’08 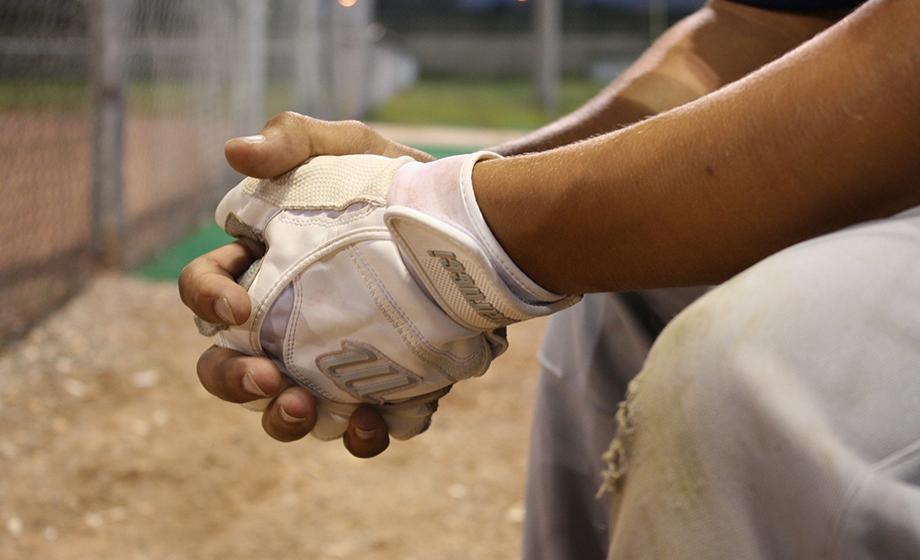 Specifically, the player was having trouble hitting free throws in the last two minutes of games. Rather than analyze his technique, as a coach would do, Fish chose an alternate route. He created a routine for the player to follow when he stepped to the foul line: Bounce the ball three times and say, “Bend your knees, release, follow through” before taking the shot. The player heeded the advice, and sure enough, his free-throw percentage rose.

Breaking a slump is one of the most prevalent reasons athletes and coaches seek Fish’s counsel. There was the Major League pitcher whose game would fall apart after he walked two batters, or the young pro golfer who couldn’t sink a putt on the last few greens of a tournament. Fish has countless stories of professional, Olympic and even recreational athletes finding themselves in similar slumps, ruts or rudderless journeys.

The key to Fish’s practice is addressing the underlying mental or emotional issues that disrupt performance. While his client list has given him the reputation as a guru to athletes, he insists his approach is grounded in the same fundamental psychological strategies he would employ with any patient. Fish helps athletes deal with topics like connection to family, relationships with teammates, problems with authority, stress, anxiety and substance abuse. So while the obvious symptom is lessened performance on the field or court, the cause may have nothing to do with athletics.

For the basketball player faltering at the free-throw line, this meant building his confidence so he could perform under pressure. The anxious pitcher came up with a mantra about courage that he repeated whenever he felt in danger of losing his control. The golfer, Fish learned, had left college early to pursue a professional career, a decision with which his family disagreed. His putting problems stemmed from him trying too hard to prove he had made the right decision.

Insights like these have made Fish a desirable guest in such high-profile venues as ESPN, HBO, NBC and countless other radio and TV outlets. But it all started at Clark.

“I’ve been fortunate enough to have a very diverse career…. [Clark] took an interest I had and really made me more curious about what makes people tick.”

Fish arrived at Clark University in 1971 as a baseball player interested in psychology and writing. He played baseball for two years, served as the basketball team’s public address announcer for another two, and spent a year as The Scarlet sports editor, where he felt drawn to the human side of sports. Rather than produce straightforward game write-ups, he preferred to pen feature stories and topical pieces about Clark athletes.

It was also in the 1970s that the psychology of athletics began to mature as a field of study. A quick search through Clark’s electronic library databases reveals journals that fall under the “sport psychology” heading from as far back as 1914, but the subjects are rudimentary: the weight of a football player (or “foot-ball men” as they were called) before and after practice, or a 1926 “statistical investigation” into the performance of college runners and swimmers who smoke.

Journal subjects and titles reflected the changing times, including some with questionable hypotheses about the differences between African-American and white athletes. Articles from the 1960s and 1970s tied the field closer to Sigmund Freud’s theories, examining the effectiveness of hypnotic treatment on athletic performance and posing whether an athlete’s aggression had anything to do with his or her subconscious mind. “Can scoring influence athletic performance? Sex and the athlete” is the title of one 1975 publication. By the 1980s, the discipline came into its own.

“Clark gave me the opportunity to cultivate my interest in psychology and sport as a participant, a writer and an observer,” Fish recalls.

Over time, Fish’s studies and clinical work veered toward athletes and athletics. After earning his master’s degree in community mental health at Temple University, he obtained his doctorate at the University of Wisconsin – Madison, where he focused on working with athletes.

He settled in Philadelphia and in 1984 found a job teaching at St. Joseph’s University where he began to develop his own ideas about sport psychology. The Philadelphia 76ers used St. Joseph’s facility for practice, and Fish was able “to meet the right people,” as he puts it.

As his client list grew, so did Fish’s ambitions. In 1989 he opened the Center for Sport Psychology and in the succeeding years became one of the country’s go-to experts on the mindset of athletes, their parents and coaches. His high-profile roster of clients includes the Philadelphia 76ers, Philadelphia Flyers, Philadelphia Phillies, the University of Pennsylvania, St. Joseph’s University, and individual athletes on the Philadelphia Eagles as well as the U.S. National Field Hockey Team. He’s also worked with the U.S. Women’s National Soccer Team and spoken to more than 300 college sports programs across the country, including Clark’s. Fish is an adjunct instructor at Israel’s Wingate Institute, that country’s version of the U.S. Olympic Training Center, and has been elected to the Philadelphia Jewish Sports Hall of Fame.

Fish’s client base reflects the expanding nature of sport psychology. His center may see a recreation-league participant looking for a competitive edge, parents wondering if they’re pushing their child too hard to excel on the field, a pro fretting about returning from an injury. The center’s five psychologists, including Fish, counsel athletes, provide professional development for coaches, and offer workshops on parenting young athletes. “I’m proud to say we’re servicing people of all ages and skill levels,” Fish says. “The amazing thing for me is that often the issue with the 10-year-old is the same as with the pro athlete. The pro is just learning it on a major stage.”

This is a major point for Fish, who emphasizes that athletes operate just the same as non-athletes.

“Those same skills you could apply to any type of performance,” he says. “I’m not talking to athletes. I’m talking to people who play sports.”

Elite athletes face a set of unique challenges, Fish notes. Sudden wealth and fame, the pressure to subsidize family members, or the fracturing of an old circle of friends can create stressors that impact performance. He also has worked with athletes for whom sports is an escape from off-field insecurities, like the college quarterback who had no trouble playing in front of 70,000 fans on Saturdays but struggled to give a five-minute presentation in class.

Fish recalls a college coach telling him about a player who had arrived on campus a couple of years earlier consumed with all things basketball but whose interest in the sport seemed to be waning. Fish discerned that the player simply was shifting priorities.

“[He] was changing. We want our student-athletes to change. We’ve got a choice: we can be angry at John Smith because he’s not the same person on January 28,2015, as he was January 28, 2014. Or, we’ve got to figure out a way to work with John Smith for who he is today, not who he was or who we want him to be.”

Fish and his wife Deborah have three children: Eli and twins Ari and Talia ’14, M.P.A. ’15, a four-year field hockey player at Clark. All three grew up playing sports, which led Fish to a second career as an author. He wrote “101 Ways to be a Terrific Sports Parent,” published in 2003, for families trying to cultivate a healthy relationship with sports.

“I tried to write a book that addressed the most common questions parents have about helping their kids through youth sports,” Fish says. “101 Ways” tackles the trends of parents insisting their young athletes focus on just one sport, what to do if a younger sibling is athletically more talented than an older brother or sister, ways divorced parents handle who attends their children’s games, and how to interact with coaches.

Fish sees increased awareness of mental health as a key driver of athletic performance, with athletes casting aside the notion that psychological counseling is needed only in a crisis. He suggests counseling is another resource for athletes, as essential as strength and conditioning instruction and nutritional guidance. As sports become ever more ingrained in American culture, Fish is comfortable tracing his insights into the phenomenon to his time at Clark.

“I’ve been fortunate enough to have a very diverse career — do different things, meet different people — and a lot of that is rooted in my educational experience at Clark,” he says. “It took an interest I had and really made me more curious about what makes people tick.”

Clark’s influence on Fish, whether he realizes it or not, is evident in the opening questions he typically asks an athlete who comes to see him:

What’s more Clark than that?