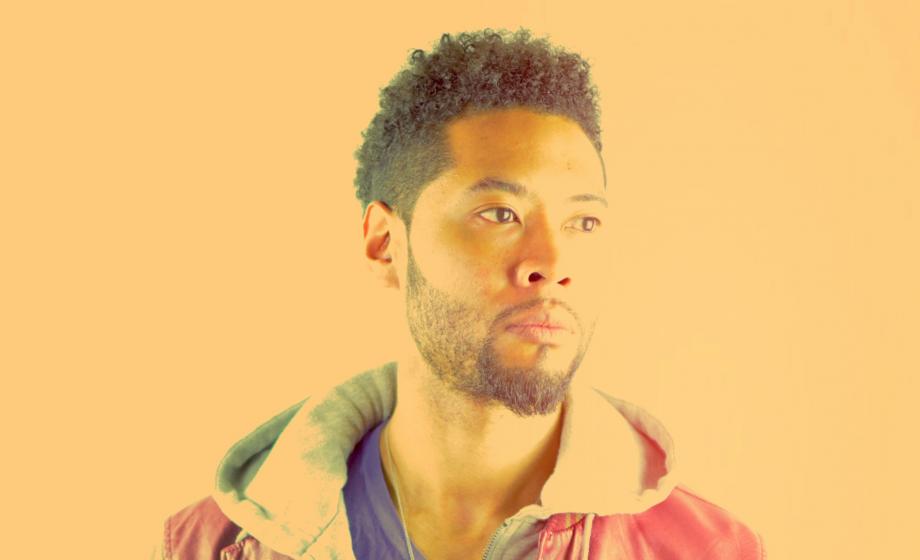 Ten years after graduating from Clark, Doug Martung ’05, who goes by the stage name Voli, is blazing his own path through the music industry. I spoke with him about where he’s been, where he’s going and how his time at Clark has impacted his music.

Your music is a hybrid of rap, rock, hip-hop and pop. Have you always had an eclectic taste for music? Definitely. I grew up as a nerd. My friends were listening to grunge rock while I was listening to movie scores. I’ve always loved the drama and the emotions on a soundtrack, but it’s not just movie music that I love. I began rapping in high school, and in college I started to dig into producing music in different genres, including hip hop and pop.

Your new album, The Wall, shares a name with the seminal Pink Floyd album. Are there any thematic or musical parallels between the two?It’s not directly tied to Pink Floyd, but you can hear in my music that I incorporate a lot of classic rock. And I love to make sonically and thematically conceptual albums.

The name of the album has a lot of meanings for me. I think of it as a foundation for the things I want to accomplish in my life. Every day, every song, is a brick that makes the foundation stronger. I also think of it as a barrier. This was an egocentric album for me. I dug deep when I was making it, and wasn’t able to see family and friends as much as I wanted to, so it represents the separation between us.

I also see The Wall as a hurdle, something to climb over; being successful with my music may seem insurmountable, but I have to stay at it. And, finally, as you can see in the cover art, it’s about losing myself, but finding a new identity.

One of the songs on The Wall is “Burn Everything,” and it captures the post-college realities of life. What inspired that song? Some of it is from my life and some is from what I’ve observed. After graduating, I pursued a career as a music producer for a few years while working full time as a behavior therapist for children with autism. I loved that work, but I went into Clark wanting to be a film major, then I became very interested in music producing, so I knew I wanted to do something artistic for a living. So, ultimately, “Burn Everything” is supposed to be a motivational song. There are people who make decisions based on what they think will make them happy and on what others tell them they should do. They go through the motions and end up having a miserable life. But you can’t decide what you’re going to do in life based on expectations of society or others. You have to make it happen for yourself and do the things that make you happy. For me that’s following a creative path.

The music industry is a notoriously sharp-elbowed business. How has it been so far? It’s hard to get your foot in the door. I had been working since graduating from Clark, but realized that I had to stop beating around the bush and commit to it, so my wife and I moved from Connecticut to L.A. last April. Since then, I’ve been working for a publishing house, writing songs to potentially get placed on other artists’ albums or in movies or commercials. At the same time, I’m working on my own music, producing my own albums, making my own videos and trying to get my career going. I’ve been fortunate to collaborate with some incredibly talented people like J Cole, Young Guru and Bebe Rexha, which has given me some insight into the artist’s world within the context of a record label. I’ve seen some of the great opportunities, as well as the growing pains, Cole has experienced as an emerging artist. Guru is an extremely intelligent engineer and I try to pick his brain as much as possible whenever I see him. All these relationships come down to me extracting whatever I can to make me better as an artist. In any competitive industry where there’s a dynamic between art and business, you’re constantly on a tightrope, and it’s not easy to balance. But, ultimately, there’s no alternative. I can’t see myself doing anything else.

What does success look like to you? I’m a reserved guy, but at my core I want to connect with people. My songs are very personal to me; they’re excerpts from my own life or experiences that others around me have had. So my idea of success comes from whether I’m sharing my music. When I’m done with something I like to take a breath, step back and look at what I’ve accomplished. If you’re only looking forward you lose track of what you’ve done.

Your stage name is Voli. What does that mean? Voli is short for Volatile, which was my rap alias when I first started writing in my teens. I chose the name because, even then, I felt that my music was dynamic and explosive, and the root of my style was changeable. And back when I started, it was cool to have abrasive, aggressive monikers.

You’ve had good success so far with this album, including prominent promotions by Spin, Entertainment Weekly, Vibe and Interview magazines. What’s next? As I mentioned earlier, The Wall was an egocentric project. Future projects will be more of a literal social commentary. I’m also planning a West Coast/East Coast tour this summer.

In your promotional video, you say that there’s “unity in diversity,” which is a good description of the culture of Clark. How did your time here influence who and where you are today? First and foremost it’s where I met my wife, Kate Hillson, class of ‘05. We went to Clark together and have been together ever since. I’ve been incredibly fortunate because she’s my biggest fan. Being in the music industry hasn’t been a direct path, but she’s been amazing through all of it.

Beyond that, all the friendships that I had with other students from different cultures and cities helped broaden my outlook on the world. These are the pieces that have helped inspire my music.

The classes were great too. Intro to Sociology was an eye-opener for me because the class was such a great forum for discussing the surrounding world. The professor embraced a lot of my ideas and, if that wasn’t the catalyst for my outspokenness on the world, it was definitely a significant learning environment.

I also had a couple classes with Professor Malsky when I was working toward my music technology minor. He was such an encouraging, open-minded guy and approached the subjects with a soft-spoken yet passionate manner. You could tell he really loves music. His classes gave me an excuse to jump into the recording booth, and I ended up getting an “A” for the song I created, which was awesome. It was definitely a boost in confidence that someone from a different generation, different background and at a professorial level could appreciate me as a rapper/producer. It helped show me just how powerful music really is.

So to the students who are there now, I think it’s really important to appreciate every day and every opportunity at Clark. It’s a really great environment, and the diversity and open-mindedness are definitely things to take advantage of. These things have a way of playing into your future that you can’t always anticipate, so soak up as much as you can.

Check out this video to hear more from Doug on how his life experiences, including his time at Clark, have influenced his music.