The Friends of the Robert Hutchings Goddard Library present an opportunity for guests to mingle and dine with some of the most accomplished and best authors in the region during the annual Book and Author Dinner on April 7. Featured authors at this dinner, which is the major annual fundraising event for The Friends, will be Rebecca Newberger Goldstein, Steven Pinker, and Judith Frank.

The Book and Author Dinner will be held at 7 p.m. in the Higgins University Center on the Clark University campus. An informal reception will be held in Tilton Hall beginning at 6:30 p.m. Books by the featured authors will be available for sale.

Reservations for the dinner need to be made in advance: the deadline is Tuesday, March 31. For information on making a reservation, please call 508-793-7573, the Robert H. Goddard Library administrative office, or go to https://www.clarku.edu/research/goddard/friends.cfm.

“Following on the unqualified success of last year’s dinner, we are very excited to present an equally distinguished panel of writers” said Sasha Tipper, Vice President of The Friends and co-chair of the event. “Their accomplishments are also international in scope, and we are proud to have them be a part of our time-honored tradition.”

Here is some background about the guest authors:

Rebecca Newberger Goldstein has been a John D. and Catherine T. MacArthur Fellow and is a fellow of the American Academy of Arts and Sciences. She is a novelist and a philosopher. Her novels include “The Mind-Body Problem and 36 Arguments for the Existence of God.”  “Betraying Spinoza: The Renegade Jew Who Gave Us Modernity,” is an important contribution to the field of philosophy. “Plato at the Googleplex,” her most recent book, is a virtuoso display of her ambidexterity, as it is a work of both fiction and nonfiction. A recipient of numerous awards for her work, she has taught at a number of universities in the United States and England and has served on a jury for the National Book Award. 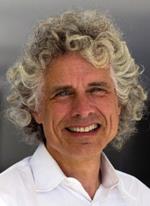 Steven Pinker is the Johnstone Family Professor of Psychology at Harvard University. He has also been a professor at Stanford University and the Massachusetts Institute of Technology. He has written numerous books on the psychology of language. More recently he published “The Better Angels of Our Nature,” which explores the decline in violence in human societies in recent decades. In 2014 he published “A Sense of Style,” a writing guide that seeks to improve on guides that have been used by students and writers for decades. Mr. Pinker was named one of Time Magazine‘s 100 most influential people in the world in 2004; in 2010 and 2011 he was named by Foreign Policy magazine to its list of top global thinkers. He has received numerous prizes and awards in the United States and Europe.

Judith Frank is a professor of English at Amherst College. She holds a BA from the Hebrew University, and an MFA and PhD from Cornell University. She is the author of “Crybaby Butch,”  which was awarded a Lambda Literary Award in 2004. In 2008 she received a National Endowment for the Arts fellowship for “All I Love and Know.” She has been a resident at Yaddo and the MacDowell Colony, and has published short fiction in The Massachusetts Review, other voices, and Best Lesbian Love Stories 2005. “All I Love and Know” has been called “deeply moving” by Publishers Weekly and “a powerful novel about love, loss and the will to endure after inconceivable tragedy,” in BookPage.