Close encounters of the learned kind: Science fiction emerges from the academic shadows 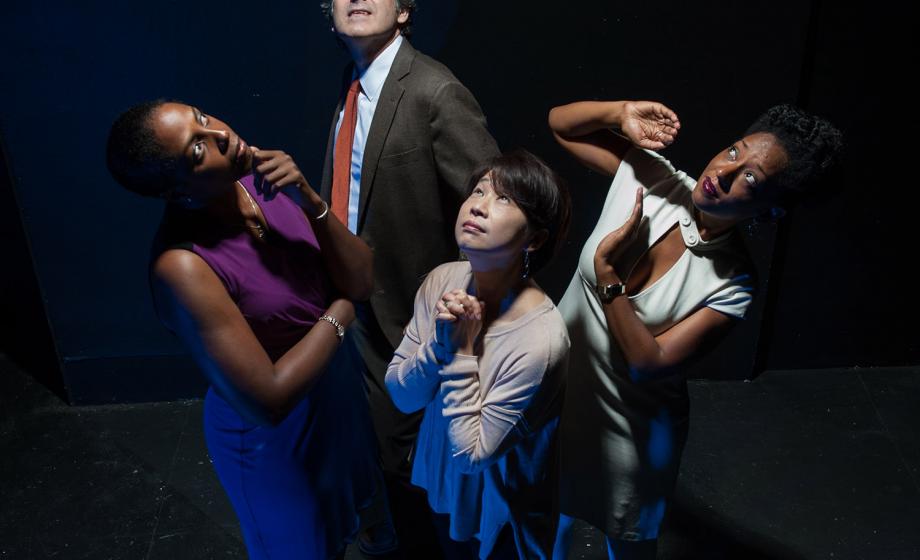 For more than a century, if a science fiction book was read in a college classroom, it likely was hidden behind a textbook or secretly propped open under a desktop. These days, however, the popular genre is no longer an alien subject in academia.

“Up until recent decades, science fiction was rarely taught in colleges. It was considered formulaic, derivative,” says Huang, who also is Chief Officer of Diversity and Inclusion at Clark. She says science fiction began to attract serious consideration by a few well-known scholars about 20 years ago. Coupled with the cyberpunk movement of the early ’80s (think of the noir film “Blade Runner” or the novel “Neuromancer”) and a devoted fan base, the genre gathered broad appeal and attracted serious study.

“The cross-disciplinary collaborations within the SFRC are key to the uniqueness of this collective,” Jones says. “We have two literary scholars, one philosopher, and one film and TV scholar. All of these fields approach science fiction with different methodologies; it has been extremely enriching to see how our respective disciplines open up the field of discussion on social and political issues in ways that, like the genre, are highly flexible and innovative.”

Jones’ work focuses on medical ethics in science fiction. “The ‘mad scientist’ figure, for example, is a longstanding image utilized in science fiction to investigate the ethical, social, and sometimes legal implications of the advancement of medical technology,” she says.

Hendricks points out that science fiction is often thought to center on fantasy and themes far removed from everyday, contemporary or “real world” concerns. “On the contrary,” he says. “The very best science fiction brings into sharp focus very real issues — issues concerning political injustice, war, genocide, the nature of consciousness and the mind, what it means to be a person, the role of technology in our lives, and pretty much anything else one can think of about which we typically worry.”

All of the collaborative’s faculty members are interested in illuminating the international and social-political elements of the genre, Huang notes. “It’s a great teaching tool, addressing the implications of cultural and biological difference, colonization, empire, slavery — big topics.”

The program includes such courses as Science Fiction and the Mind of the Other, Aliens and Others in Science Fiction, and Studies in Contemporary Fiction: Literary Speculations.

“My students and I read monster and alien encounter narratives to examine complex constructions of the human, the subhuman, and the superhuman — classifications that have been used to rationalize social inequities,” Huang says. “The genre’s favored tropes and icons — the monster, the extraterrestrial, the robot and the cyborg, for instance — are powerful metaphors for the different, the feared, and the oppressed.”

The Science Fiction Research Collaborative began as an effort to understand the humanities from all disciplines, funded as part of a $600,000 Andrew W. Mellon Foundation grant to support Humanities Present, an initiative of the Higgins School of Humanities.

A daylong symposium is planned for spring 2015, with three sessions outlined so far: Medical Ethics & Science Fiction (led by Jones); Theory of Mind (Hendricks); and Race, Science Fiction and Film (Huang and Larrieux).

“Philip K. Dick says that science fiction ‘has always been a protest medium,’ and I quite agree,” Huang says. “I’ve always been interested in how science fiction and ethnic studies share similar critical idioms. Both deal with the construction of otherness, the conflicts that arise as multiple cultural groups attempt to co-exist, the challenges of colonization and migration, and the implications of the resulting cultural and biological hybridizations.”

Larrieux adds, “The interdisciplinary training and interests of the members of the collective, in combination with the range of methodological approaches we each take in examining the genre, create a rich landscape of intellectual engagement that is ripe with opportunities for the cross-pollination of new ideas.

“Ideas, after all, are what the genre is all about.”