How did the Clarkies catheterize a frog? 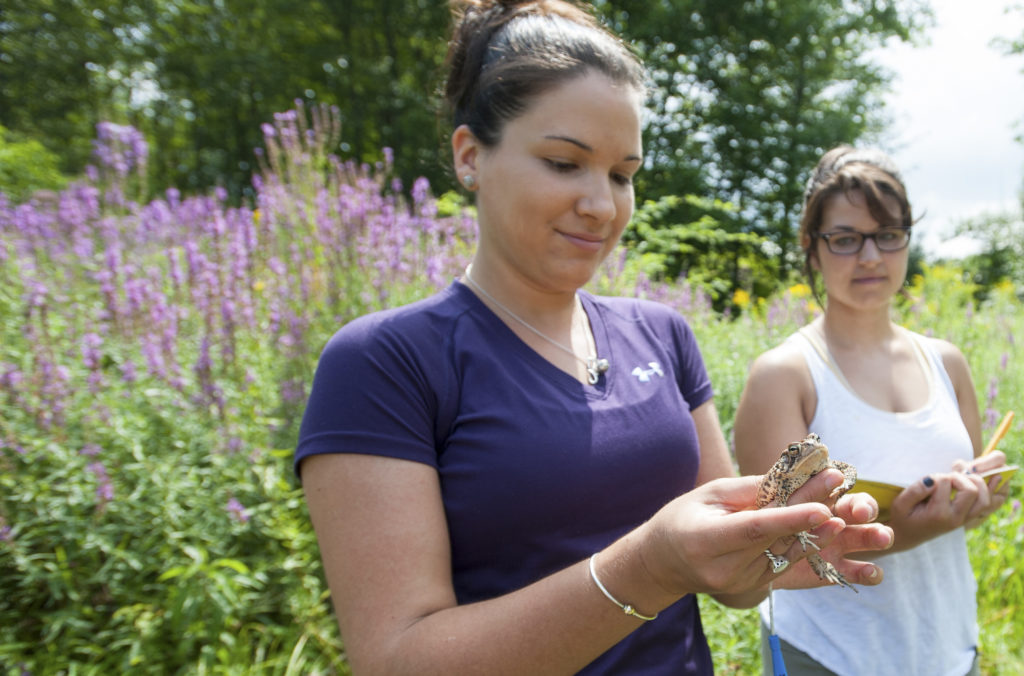 It sounds like the setup for an old joke: “How does a Clark biology student catheterize a frog?” And you all know the answer: “Very carefully.” Faye Harwell ’15, a Carlson Summer Intern/Fellow, and fifth-year student Hannah Diebboll ’14 are indeed conducting this delicate procedure as part of their efforts to determine the effects of climate change on frogs and toads.

They spent much of the summer in the Westboro (Mass.) Wildlife Management Area and in the lab at the Lasry Center for Bioscience, investigating the dehydration rates of the amphibians to establish connections between the animals’ health and alterations to their habitat. While it may sound counter intuitive that frogs and toads can suffer from dehydration, Harwell and Diebboll note that it does occur when their habitat begins losing water. In fact, amphibians are important early indicators of changes in environmental conditions that could have ramifications for other species.

The students conduct lab tests under the supervision of Philip Bergmann, assistant professor of biology, to determine the effects of dehydration on the animals, including their activity levels — literally how well they jump. “Small changes in temperature and humidity in the environment won’t affect humans, but you do see the impact on frogs and toads as bodies of water begin drying up,” says Harwell, who worked through Clark’s Summer Undergraduate Research Experience. For those who are wondering, the catheterization is done with a slender tube that drains the bladder so that an accurate weight can be taken.

During a summer trek into the Westboro woods, Harwell and Diebboll demonstrated the technique on two of their favorite subjects, nicknamed Berta and Tootie, who didn’t appear to object. (Excerpt from CLARK Magazine, fall 2014)