Clark University will host “The Financial Crisis, Five Years Later: Progress or Paralysis?” at 3 p.m. on Thursday, Feb. 6, at Razzo Hall, Traina Center for the Arts, 92 Downing St., Worcester.  Professor Jacqueline Geoghegan, chair of the Department of Economics, will moderate the discussion. 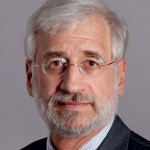 Donald Vangel ’74ial institutions. Many saw the crisis as having resulted from a failure of regulation and supervision of financial markets; in 2010 President Obama signed into law the Dodd-Frank Wall Street Reform and Consumer Protection Act, which provides for a far-reaching overhaul of the country’s financial regulatory system. The impact of this legislation continues to be debated.

For some, the financial system is far more stable than prior to the crisis, while others continue to argue that the country’s largest financial institutions are still “Too Big to Fail.” Our four panelists are leaders in the world of financial regulation, each focusing on critical issues that are still being debated in the headlines around the world. The panelists will discuss the nature of the crisis, how financial markets have changed in its wake, and the effects of the regulatory response.