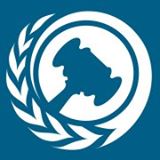 The Clark University Model United Nations team ranked in the top 20 of Best Delegate’s Final 2012-2013 College Model U.N. Rankings. Clark Model U.N. is number 17 on the list of 50 schools. Also among the top 25 are Harvard, Yale, Georgetown and Columbia.

In its rankings, Best Delegate noted, “Clark rebounded nicely this year compared to last year, and that was in spite of a significant upgrade in competitiveness to its travel schedule. The team continued to demonstrate its ability to compete with the best by finishing sixth among North American delegations at HNMUN behind only UPenn, UChicago, Yale, FIU, and West Point. Clark also received the Outstanding Small Delegation at SCSY and won awards at UPMUNC, ChoMUN, NCSC, and FCMUN. Samer Said [’13] and Elena Stocchiero [’13] led the Clark team.”

Srini Sitaraman, Clark’s Model U.N. adviser and associate professor of Political Science, said, “Clark University’s Model U.N. Team continues to hold it spot among the top-20 elite schools. This is a true testament to the amazing group of students we have in our team. Clark Model UN students are highly motivated, deeply interested in international politics, and care a lot about social issues with global relevance. Our team has also shown enormous resolve and focus despite encountering tough competition in all the major conferences. My hope is that they will continue to shine and keep the flag flying.”