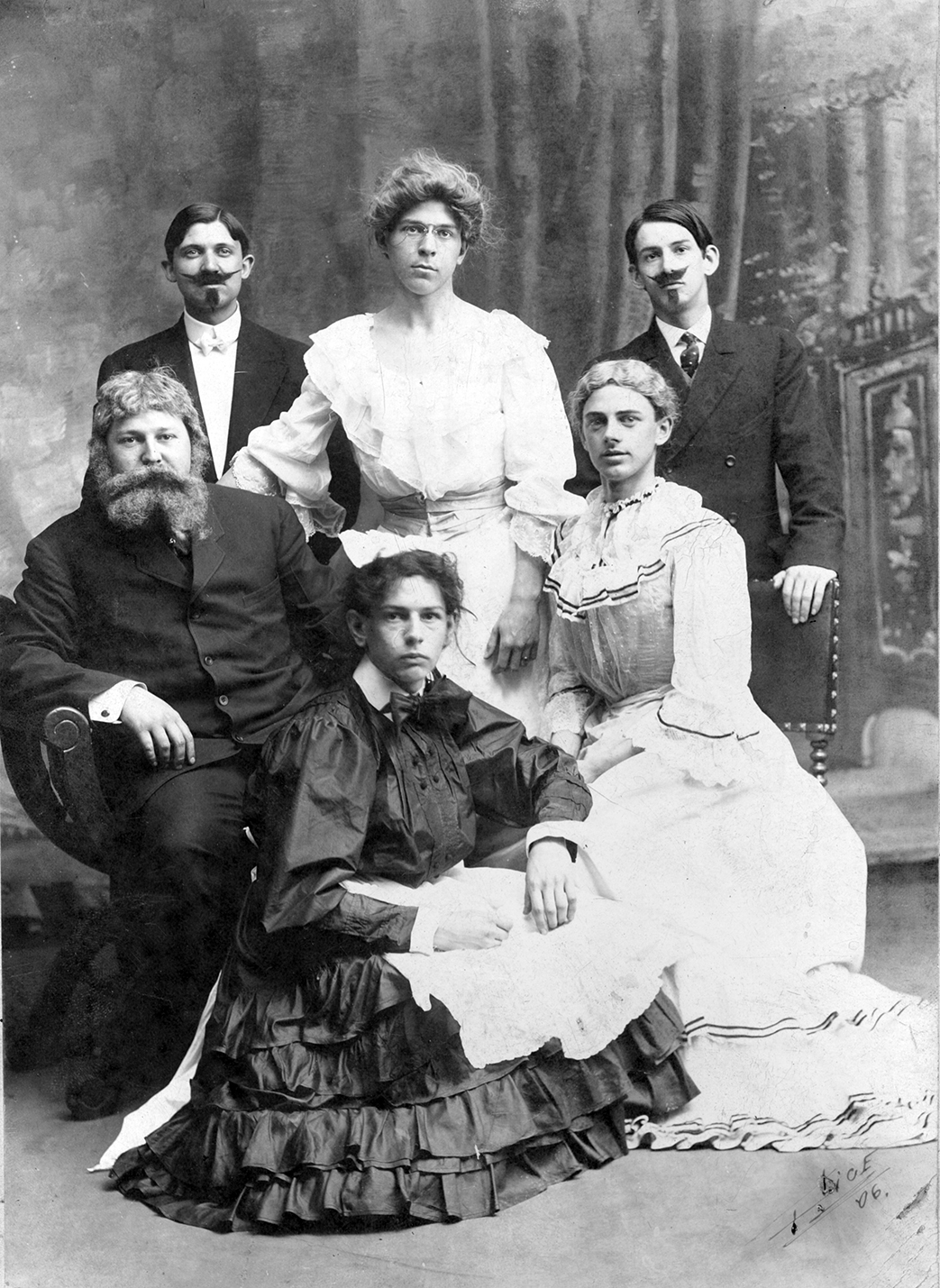 Ah, 1908 — when men were men, and women were … also men, since the University wouldn’t actually admit women for another 34 years.

In the tradition of the ancient Greeks, members of Le Cercle Francais, which would evolve into the Clark University Players Society, were required to play all the roles — male and female — in their productions, including in the comedy “Edgar et sa bonne” (pictured).

The photo leads one to ponder which accessory made the greater impact, the wigs or the mustaches?

A leap back into Clark history