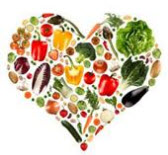 Clark University President David Angel has signed a pledge that the university will have 20 percent “real food” by 2020.

This commitment is part of a national campaign coordinated by the Real Food Challenge, an organization that works with colleges and universities across the country to shift spending in cafeterias toward more locally produced, sustainably grown, humane, and fair-trade foods. Clark University is the 13th school in the nation to sign this pledge and the first school in Massachusetts.

President Angel signed the pledge on April 19 at the request of Food Truth, the student food-sustainability club.

“I want to thank the students, staff, faculty and our colleagues at Sodexo who have moved the Real Food Challenge forward and enabled Clark to take a leadership role in promoting sustainable food systems,” Angel said.

The Real Food Challenge began as an independent, self-funded program of the Boston-based nonprofit The Food Project, Inc., and is now affiliated with Third Sector New England, an organization that seeks to expand the reach and effectiveness of community organizations. The RFC mission is to harness the power of youth and universities to build a healthy, fair, and green food economy. By 2020, the organization aims to shift $1 billion of annual college food purchases away from industrial agriculture toward local, sustainable, and fair sources by training and supporting students to lead “real food campaigns” on their campuses.

Heather Vaillette, general manager of Clark Dining Services, operated by Sodexo, began working on the RFC commitment in 2011 by engaging Food Truth members in discussions on what “real food” means and filling out the baseline survey. Food Truth students analyzed purchasing data for Fall 2011 and Spring 2012, which helped lead Clark to purchase 12 percent real food in the fall semester, and 9 percent in the spring semester. Purchases are determined through the use of a tool called the Real Food Calculator.

“The students involved in Food Truth have been great to work with,” Vaillette said. “Through positive dialogue we have been able to work through any challenges that have arisen during the discovery process.”

Hannah Silverfine ’16, a member of Food Truth, described the experience of working toward the real-food pledge.

“It has been an incredible journey working on the Real Food Calculator at Clark this semester, looking through invoices and researching the sourcing of our food,” Silverfine said. “With the creation of a food policy council, the tireless work and support of Heather Vaillette and the endorsement of Sodexo, we finally were able to create a comprehensive, attainable plan and receive Clark’s commitment.”

Sodexo has been committed to a sustainable-dining program since it was awarded the contract at Clark in 2007, Vaillette said. But while local purchasing has been a priority, the Real Food Challenge defines “local” slightly differently than Sodexo’s dining program has for the past six years. For example, while Sodexo considers bread baked within 250 miles as local, the Real Food Challenge does not, as 50 percent of the ingredients are not grown locally.

“Through our two mutually committed parties, Sodexo and the Food Truth group have redefined ‘local’ at Clark according to the Real Food Challenge requirements,” Vaillette said. “However, we will continue to purchase locally baked breads as this is a better alternative than mass-produced bread. As a compromise we will create a Sustainable Purchasing list that will account for products that may not count in the Real Food Calculator but are important in Sodexo’s overall sustainability commitment, such as products produced by local and female- or minority-owned businesses.

“The Real Food Challenge commitment aligns perfectly with Clark Dining’s sustainability program. It provides an opportunity to be a leader in making change and creates clear goals in sustainable purchasing.”