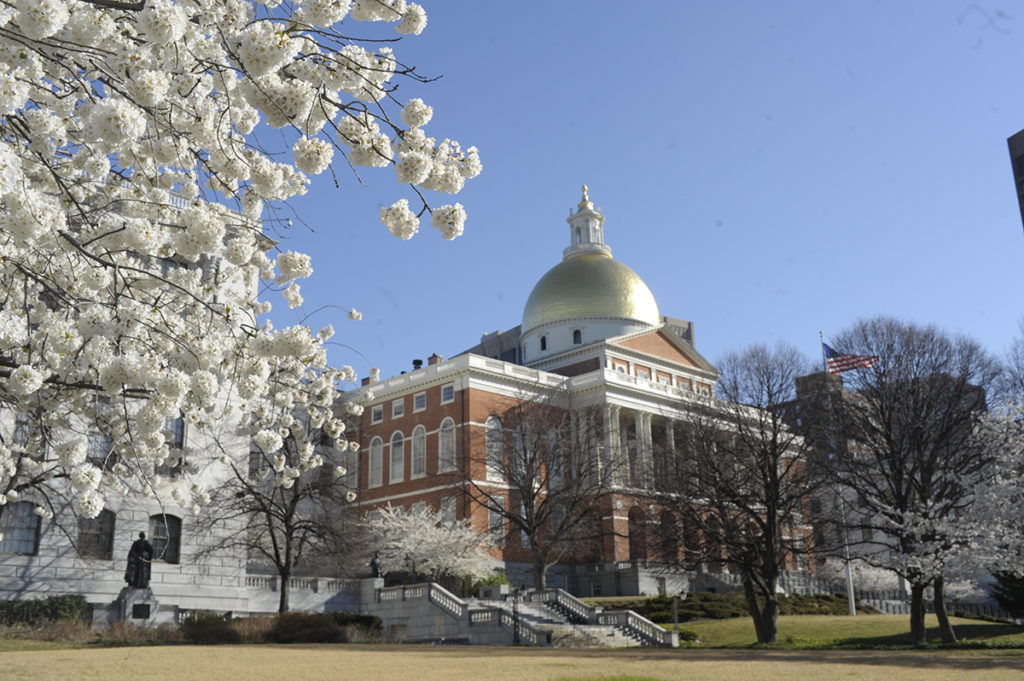 These were some of the tough realities addressed at the forum Youth at Risk 2: Children in Need, held by the Mosakowski Institute for Public Enterprise at the State House in Boston. The event was the fourth annual Family Impact Seminar put on by the institute and the second in two years to highlight issues facing children and teens in Massachusetts.

Following opening remarks by Mosakowski Institute Director Jim Gomes and Denise Hines, research assistant professor of psychology, Fern Johnson, professor of English at Clark, presented on the issues surrounding trans-racial foster care and adoption. Johnson noted that while the adoption of a child of one race
by parents of another is more common since the middle of the 20th century, the practice remains controversial.

‘In the state system through which children move from foster care to adoption, there are more white parents who want to adopt than there are white children waiting for homes, and children of color are less likely than white children to be placed in a permanent home.’

Children of color are in the adoption/foster care system longer than non-Hispanic white children, Johnson said, citing recent data for Massachusetts showing that the median age for children waiting for adoption is 11.1 for whites, 12.7 for blacks and 11.7 for Hispanic/Latino.

Johnson also reported that non-Hispanic white children are underrepresented in the adoption/foster care system in comparison to their presence in the population by 22 percent, while black children are overrepresented 10 percent, and Hispanic/Latino children by 9 percent.

Despite the imbalance, adopting a child across color lines traditionally has been challenging, said Johnson, herself the adoptive mother of two African-American sons. She noted the gap between race-matching and race-blind adoptions. For instance, the National Association of Black Social Workers generally discourages the placement of African-American children with white families, arguing that the preservation of African-American culture and family structure is critical, and that white parents “are ill-equipped to teach children of color — especially black children — how to navigate discrimination, create coping strategies for racism, and promote a healthy racial identity.”

Conversely, race-blind adoption, while it enjoys legal standing under federal law, poses particular challenges for trans-racial families, including little specific training for prospective parents and the possible “need to resolve the dissonance between the cultural and racial affiliations of their upbringings and their physical appearances.”

Johnson, who recently authored a book on trans-racial adoption, described a clear need to recruit more adoptive parents of color and provide comprehensive race-sensitivity training for white parents seeking to adopt children of color so they can learn more about racial attitudes and behavior that will affect their children’s lives.

Johnson said the U.S. population is increasingly multiracial and multi-ethnic, a fact that will continue to inform the discussion about trans-racial adoption. She said she and her partner entered the adoption process thoughtfully, and with a keen eye to the concerns on both sides of the argument.

“It was not a decision we came to easily,” she said. “We talked about the issues with black friends, and these were sobering, realistic, but also encouraging conversations.”

“Food insecurity” is defined as limited access to sufficient nutritious food necessary to lead an active and healthy life. It’s a term that’s found its way into the vernacular more frequently in the wake of the economic crisis in 2006. Today, 50.1 million Americans experience food insecurity, and 16.6 million of them are children.

“Economic policies and economic conditions are written on the bodies and brains of babies,” said Dr. Deborah Frank, the founder and principal investigator of Children’s Healthwatch.

Food insecurity has become a persistent problem across the country, including in Massachusetts, where in some counties as many as 16 percent of children do not receive sufficient nutrition. One offshoot of a lack of access to healthy foods is the rise in obesity, driven by a basic need to stave off hunger, Frank said.

”Think about it. If you have a limited food budget but you need the biggest caloric bang for the smallest buck, then you don’t buy healthy food.’

The health impact of food insecurity is vast, according to Frank. Poor nutrition is tied to major birth defects and low birth weight in infants, and numerous developmental delays in children — including short-term memory loss, attention and language deficits, and learning difficulties. Food insecurity is “catastrophic to brain function,” she noted. “The brain is most vulnerable to nutritional insults early in development; it needs constant energy.”

All of this results in a very tangible economic cost to the public, Frank said. She cited studies showing that food insecurity costs the U.S. as much as $167.5 billion annually, and in Massachusetts alone that figure is more than $2.72 billion for health, educational, and emergency intervention. Studies also show improved learning among children who receive the proper nutrition.

Government anti-hunger programs such as WIC (Women, Infants, and Children) and SNAP (Supplemental Nutrition Assistance Program), formerly known as food stamps, are effective, she said. Every dollar spent through the WIC program saves $4.21 in perinatal costs, Frank said, and while SNAP is “the most stigmatized food program in the world,” it is doing the job of providing the majority of its recipients with healthy foods they otherwise could not afford.

Removing children from the brink of food insecurity improves children’s health, helps make then better learners, and saves the U.S. billions in medical and social costs that result from physical and developmental delays, Frank said. Unfortunately, budget-reduction measures — including sequestration, changes to the Farm Bill, and cuts in housing and energy programs — have exacerbated the problem.

Among other measures, Frank proposed better advocacy by state lawmakers to ensure full federal funding of anti-hunger programs, an improved working relationship between Massachusetts and the U.S. Department of Agriculture, and sustained funding and support for school-based nutrition programs.

“These are our children,” she said. “Even severely underweight, malnourished sick kids can recover. I think it’s worth it.”

Donna Haig Friedman, director of the Center for Social Policy at UMass Boston, discussed the “national disgrace” of a wealthy nation like the United States having 1.6 million children living in homeless conditions.

The number of homeless families has grown in the recession, compounded by the foreclosure crisis, Friedman said. In Massachusetts in 2010, 22,569 children were homeless, she noted. Even at UMass Boston, 70 students have been identified as homeless, and the university has opened a food pantry on campus.

Children living in persistent poverty are at great risk for many things, including health problems, malnutrition, the forced care of younger siblings, and early child-bearing, she said. Student mobility also is directly linked to poor educational performance and high rate of drop-outs, she added.

Particularly vulnerable are families who earn too much to qualify for public work supports, but have too little income to pay their bills. “Many low-wage workers are bread winners, and it’s extraordinarily hard to cover the minimal adequate needs of a family on those earnings,” Friedman said. Even with the assistance of government programs like SNAP, some families can’t make it.

Friedman explained that access to shelters is based on a number of factors, including whether a family has been displaced due to domestic violence, natural disaster or eviction. Families also must show that they have spent the night in a housing situation “not meant for human habitation with the risk to health and safety.” This might mean sleeping in a car or in a train station, she said.

Friedman advocates ending the restrictions on shelters and investing resources to match the demand for housing for low-wage workers. Addressing the roots of persistent poverty and establishing effective preventative measures are critical. Rather than focus overwhelmingly on emergency interventions, a multi-pronged approach is essential to repair structural inefficiencies in the housing system, promote interagency collaboration, and explore long-term solutions, she said.