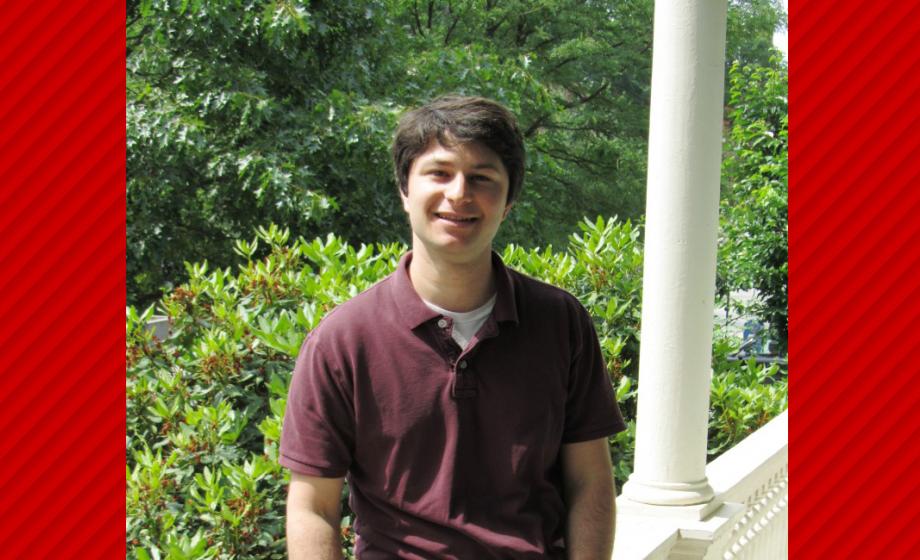 Jake Kramer ’12 knew he would be in for a long day at Amazon.

The company typically conducted a series of one-on-one interviews to determine if a software engineering candidate was a good fit. But Kramer’s pursuit of a coveted position at the e-retail giant coincided with the introduction of a new hiring protocol at Amazon, one that required far more from an applicant than wearing a dark suit and answering questions. Over the course of eight hours Kramer was proved to be a creative problem-solver, a generous teammate, and an impressive interviewee.

The math and computer science major had already been accepted to several graduate schools when he learned that Amazon was seeking applicants for engineering positions. Intrigued by the prospect of working for a company that merges both the theoretical and applied aspects of computer science, Kramer applied. He successfully completed a programming test to determine his technical proficiency, and then was flown out to Seattle in March.

At Amazon, Kramer and the other candidates were divided into small groups and asked to create a computer program to solve a hypothetical product-distribution problem. A group of Amazon engineers monitored the groups’ progress, asking questions of the teams, and conducting brief one-on-one interviews.

“It was an abstract problem. We were supposed to communicate with [the engineers] about what we were doing; communicate with our partner. The idea was to work well together but also individually,” he says.

Once the projects were completed, the teams presented their findings to the engineers.

“They wanted to see how you think through a problem — what you did, what you think you could have done better — but also how you worked with other people,” he says.

Kramer worked with one partner, and made sure they functioned as a team.

“I wanted to do well personally, but I didn’t want to leave my partner in the dust,” he recalls. “I spent a lot of time helping him figure out the problem. I think [the Amazon engineers] appreciated that he was a weaker candidate and that I was trying to help him.”

They also appreciated Kramer’s ability to be “a more general thinker,” a trait he says took hold at Clark.

“A lot of the candidates came from technical universities that focus on solving specific problems — they are technically minded people who hang out with other technically minded people,” he says. “At Clark the ability to interact with people from a lot of different disciplines allowed me to view things in a wider context. It affects how I approach problems.”

Kramer was offered the job at Amazon shortly after his trip to Seattle. Ironically, he was in the midst of a dinner interview for a position at a Wisconsin company when he received the call, but he knew Amazon would be his career destination.

He begins work July 16 at Amazon’s Seattle headquarters as a software development engineer on the Instant Video team (he describes Instant Video as Amazon’s version of Netflix).

“After a year or two I’ll be able to move around in the company,” he says. “Everyone there is extremely intelligent; I’ll feel like I’m always learning.”

Kramer, a Los Angeles native, will be on campus until late June; he’s assisting Academic Technology Services prepare the launch of a new version of Cicada, called Moodle.