The Scarlet reacts to the 1941 attack on Pearl Harbor 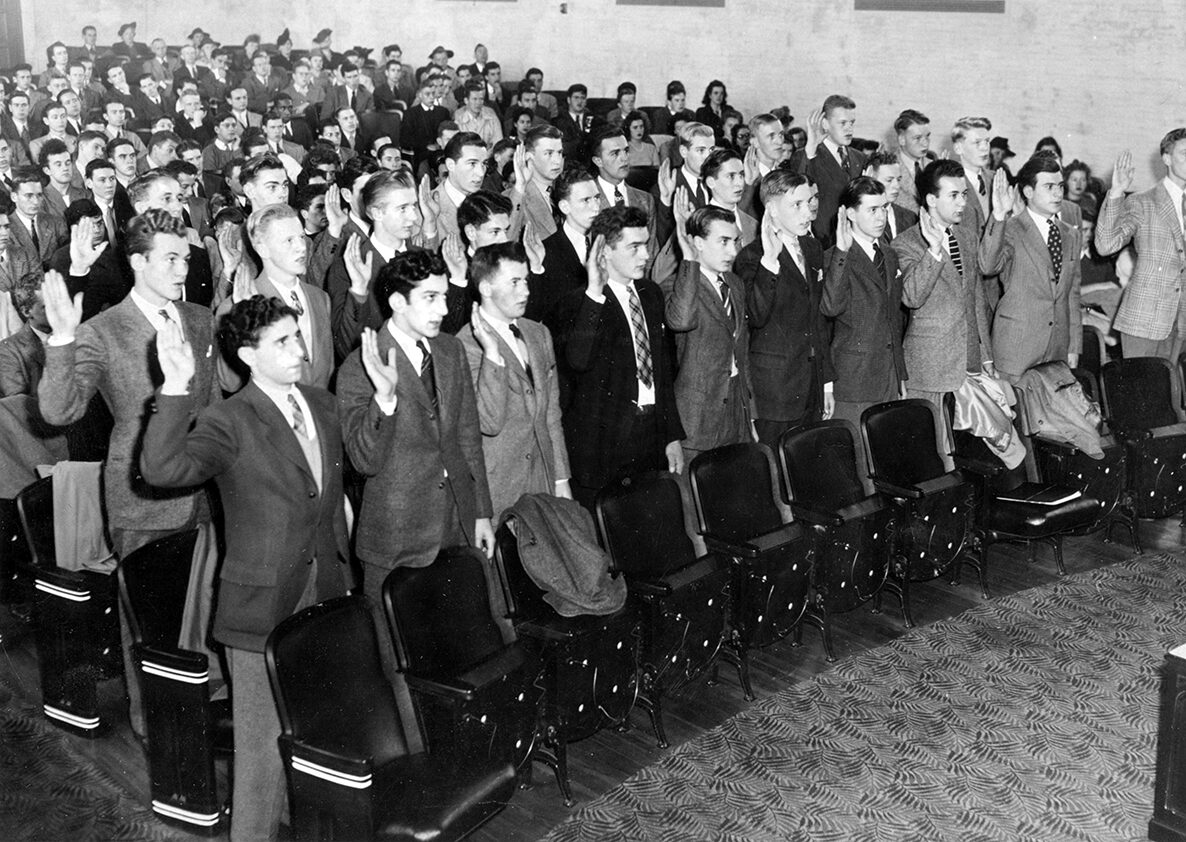 The Dec. 12, 1941 issue of The Scarlet — just five days after the attack on Pearl Harbor, a day whose infamy rocked the nation as the United States was plunged into World War II — featured a front-page editorial titled “We Are Aware.” The editors wrote: “We know that war involves cooperative work whether in uniform, overalls, or in campus clothes. We shall keep working until the job is finished, and we shall face the terrible perplexities of reconstruction.”

“We are not fighting a war primarily of rival sovereignties over economic issues, but we are fighting for the whole world’s right to individual freedom.”

Less than a year later, in November 1942, a large group of Clark men, shown above, gathered in Atwood Hall to be inducted into the Army.

A leap back into Clark history